The Holy See (Latin: Sancta Sedes, Ecclesiastical Latin: [ˈsaŋkta ˈsedes]; Italian: Santa Sede [ˈsanta ˈsɛːde]), also called the See of Rome, Petrine See or Apostolic See, is the jurisdiction of the Pope in his role as the bishop of Rome. It includes the apostolic episcopal see of the Diocese of Rome, which has ecclesiastical jurisdiction over the Catholic Church and sovereignity over the city-state known as the Vatican City. According to Catholic tradition it was founded in the first century by Saints Peter and Paul and, by virtue of Petrine and papal primacy, is the focal point of full communion for Catholic Christians around the world. As a sovereign entity, the Holy See is headquartered in, operates from, and exercises "exclusive dominion" over the independent Vatican City State enclave in Rome, of which the pope is sovereign. The Holy See is administered by the Roman Curia (Latin for "Roman Court"), which is the central government of the Catholic Church. The Roman Curia includes various dicasteries, comparable to ministries and executive departments, with the Cardinal Secretary of State as its chief administrator. Papal elections are carried out by part of the College of Cardinals. Although the Holy See is sometimes metonymically referred to as the "Vatican", the Vatican City State was distinctively established with the Lateran Treaty of 1929, between the Holy See and Italy, to ensure the temporal, diplomatic, and spiritual independence of the papacy. As such, papal nuncios, who are papal diplomats to states and international organizations, are recognized as representing the Holy See, and not the Vatican City State, as prescribed in the Canon law of the Catholic Church. The Holy See is thus viewed as the central government of the Catholic Church. The Catholic Church, in turn, is the largest non-government provider of education and health care in the world.The Holy See maintains bilateral diplomatic relations with 183 sovereign states, signs concordats and treaties, and performs multilateral diplomacy with multiple intergovernmental organizations, including the United Nations and its agencies, the Council of Europe, the European Communities, the Organization for Security and Co-operation in Europe, and the Organization of American States. 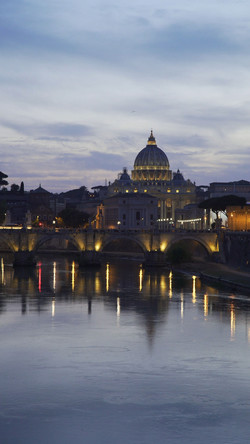